The mission of the Oklahoma State Auditor is to "independently serve the citizens of Oklahoma by promoting accountability and fiscal integrity in state and local government".

Office of the State Auditor & Inspector 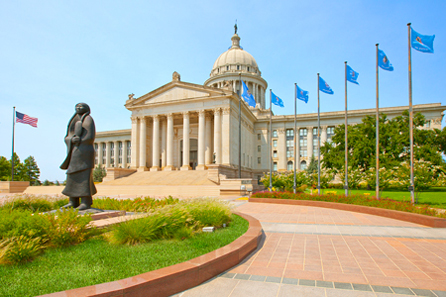 Cindy Byrd, CPA, was elected Oklahoma's 13th State Auditor and Inspector on November 6, 2018. Cindy graduated from East Central University with a Bachelor of Science in Accounting degree. She is a Certified Public Accountant and a member of the Oklahoma Society of CPAs. Cindy lives in Coalgate with her husband, Steve.
Phone: (405) 521-3495
Email

Lisa Hodges, CFE, CGFM is Deputy State Auditor for State Agencies, Information Services and Specialized Audits. Lisa has been with the office since 1981. She became a Certified Fraud Examiner in 1993 and a Certified Governmental Financial Manager in 1996. She has participated in NSAA's External Peer Review Program since 1998. Lisa graduated with her Bachelor of Science degree in Accounting from Oklahoma State University in 1981.
Phone: (405) 522-6443
Email

Shelley Fleming, CPA, is Director of the State Agency Audit Division (SAAD). She graduated from Oklahoma State University in 1996 with a Bachelor of Science in Accounting and obtained her Certified Public Accountant distinction in 2001. Shelley joined the State Auditor’s Office in 2003. Most of her tenure has been with the State Agency Audit Division. Shelley’s public service includes prior agency experience as an Audit Supervisor and Audit Manager. She has been associated with multiple audits over the years including extensive work on the Comprehensive Annual Financial Audit Report and the Single Audit of federal fund expenditure by numerous agencies.

Brenda Holt, CPA, is Audit Director for the Forensic Audit Division. Brenda graduated from East Central University with a Bachelor of Science in Accounting in 1984, and has been a Certified Public Accountant since 1987. During her tenure with SAI, Brenda has conducted county audits, college and university audits, state agency audits, and special audits of municipalities, school districts and other government entities. She works closely with prosecutors, governing boards, and the public in identifying fraud and waste of public funds by gathering the facts necessary to support successful prosecution of wrongdoers.
Phone: (405) 521-3376
Email

Melissa Capps is Director of the Performance Audit Division (PAD). She graduated in 1998 from the University of Central Oklahoma with a Bachelor of Business Administration Finance degree. Melissa has 17 years of service with the State Auditor’s Office including experience in the State Agency Audit Division conducting audits at DHS andthe Health Care Authority. During her tenure as PAD Audit Manager, Melissa has directed performance audits conducted at the Dept. of Corrections, the Dept. of Veterans Affairs, the Dept. of Environmental Quality, the Corporation Commission, and the Dept. of Tourism plus numerous operational audits of state agencies.
Phone: (405) 522-6445
Email

Cheryl Wilson, County Management Services, joined the Auditor's office in 1994 where she has worked as a County Auditor and an Information Systems Auditor prior to joining Management Services. She earned her Bachelor of Science in Accounting degree from East Central University and she is a Certified Fraud Specialist.
Phone: (405) 521-3449
Email

Trey Davis is the Director of Administration, CPE, and Public Information. Trey joined SA&I in 2008 with a strong background in communications and public administration. A former radio news reporter, Trey was State Capitol Bureau Chief for the Oklahoma News Network and KTOK during two terms of the legislature. His public service began in 1997 at the Oklahoma Department of Labor where he served more than nine years as Director of Communications, Deputy Commissioner, and five years as Chief of Staff.
Phone: (405) 521-3390
Email
Contact Us