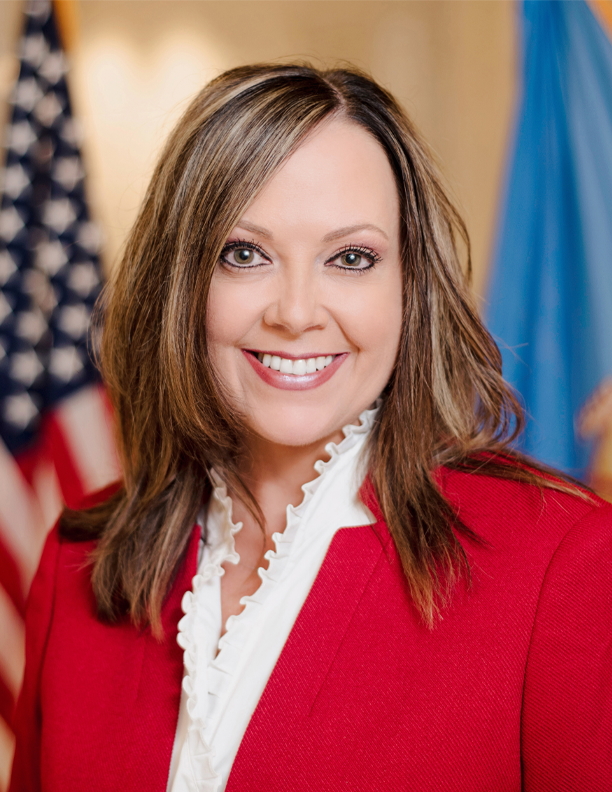 Cindy Byrd, CPA, is Oklahoma’s 13th State Auditor & Inspector, the first woman elected to this statewide-elected office, and she is the only candidate to top the 800,000-vote milestone in an election for state office in Oklahoma History.

Byrd served as Deputy State Auditor & Inspector for Local Government Services from January 2013 before assuming her new role on January 14, 2019. She also previously served as Director of the County Audit Division.

When formerly Director of the County Audit Division, Cindy developed and implemented training programs to assist county officials in their preparation of annual financial statements, a county commissioner district’s schedule of expenditures of federal awards, and in identifying weaknesses in a county’s system of checks and balances that could result in fraud, waste, or abuse of taxpayer funds. Cindy’s role in overseeing and guiding the process of eliminating the five-year backlog of county audits that existed at the time of her appointment to Director cannot be understated.

While Deputy State Auditor for Local Government Services, Cindy and her dedicated team of auditing professionals refocused their energy and efforts to provide Emergency Medical Service District administrators and financial office personnel the same type of training which proved so effective at the county government level.
Perhaps the biggest challenge for any public official is to regain public trust after it has been eroded and corruption has been exposed. Cindy has been at the heart of identifying the unfortunate waste of public funds through the failure to utilize competitive bidding, select vendor preference, and conversion of public assets for personal use. These investigative audits totaled more than $10 million in waste and resulted in the indictment or removal from office of six public officials. By serving as the vanguard, Cindy has helped restore confidence in local government by providing guidance when requested or necessary to ensure compliance with those laws that direct the action of public officials in expending public funds.

The State Auditor & Inspector’s primary function is to safeguard public assets. Cindy is at the forefront of this mission by striving to identify wasteful spending, assisting elected officials to fully understand their fiduciary responsibility to preserve the public trust, effectively administer government auditing standards to be utilized as tools to create more responsive government at every level, and to improve the efficient delivery of government services.

Cindy and her husband Steve live in Coalgate located in Coal County, Oklahoma.

The State Auditor serves on numerous Boards and Commissions, these include: